So after finishing the rebuild on the top end of the engine, one thing I decided to replace was the Temperature Sender in the back of the cylinder head. Not to be confused with the Coolant Temperature Sensor (CTS) that’s on the lower driver side of the block.  The CTS sends information about the coolant temperature to the ECM. The Temperature Sender strictly sends a resistance value to the temperature gauge in the instrument cluster. Below is a chart that shows the resistance values with a Volt/Ohm Meter for Renix engines provided by Another Freakin’ Jeep Cherokee Website.

Now here is where the problem occurs with the cheap overseas junk that lands in the auto parts stores we use. The overseas manufactures quality control is not as strict as they are in the good ol’ U.S. of A. My testament to that is with this temperature sender. After putting the engine back together and bleeding all the air out of the cooling system. I went on a test drive. The outside temperature was 105° so I suspected it was going to run a little warmer than 210° which happens with these engines. I also kept my SnapOn Scanner hooked up on the drive to monitor what the ECM was seeing as far as temperature. Now most people will say the instrument cluster gauges are junk, but I honestly feel it’s not the the gauges it’s the senders and poor grounds. People get the cheapest senders and slap them in and they show wrong valves. I noticed this with my Jeep. My ECM saw 199° but my gauge was showing the temperature near the red zone. I turned the Jeep off and listened for boiling. Without shock, nothing was boiling.

So were the rumors true? Is my gauge just a piece of junk? Shocker, it’s not. I pulled that new cheap sender out and put in a brand new MOPAR sender.  And would you believe it, the gauge matched what the ECM was seeing. 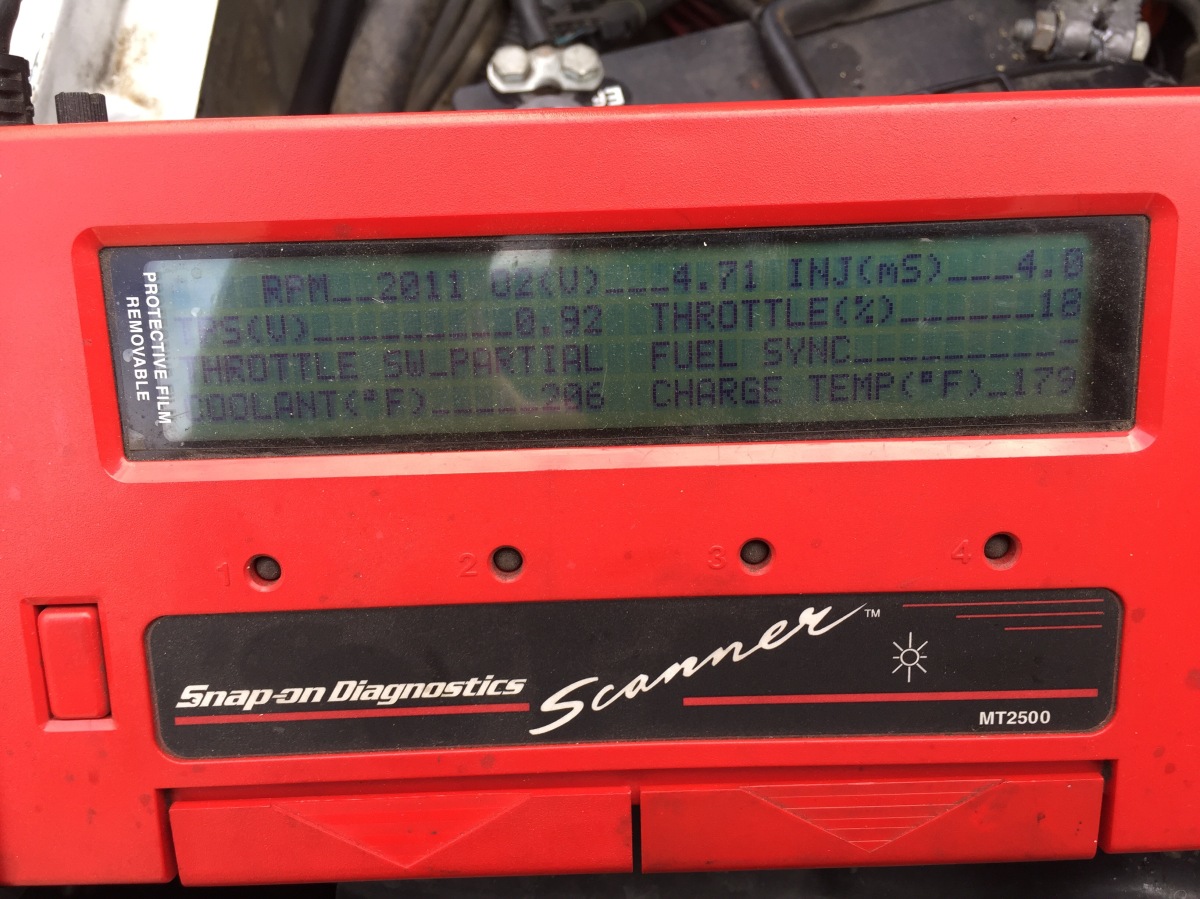 So just remember, some problems with overheating might not be your engine actually overheating. Start simple and go from there. And try to buy American made products when possible.